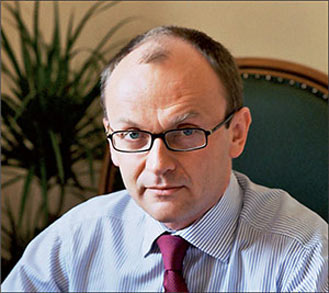 Iron is known to be an essential element which is required in our body for multiple reasons like oxidative metabolism in skeletal and heart muscles, the synthesis and degradation of lipids, carbohydrates, DNA and RNA oxygen transport and storage, and erythropoiesis. It is vital for the growth of our body and plays an important role in human homeostasis. Recently, Piotr Ponikowski from the Medical University of Wroclaw, Poland suggested that iron deficiency in heart failure may have no connections with anemia. Thus, he argues that it is important to check all chronic heart failure (CHF) patients for this deficiency.

At present iron levels are assessed only after CHF patients are found to be suffering from anemia. Iron deficiency is known to be a frequently occurring nutritional disorder. It is said to affect over one-third of the population. Moreover, it might complicate chronic diseases like Parkinson’s disease, inflammatory bowel disease and rheumatoid arthritis. Since a long time, iron deficiency has been associated to the presence of anemia in CHF. Supporting this is a prevailing occurrence in almost 20% to 70% of all heart failure patients.

“New studies are showing that the presence of iron deficiency seems to be independently associated with severity of CHF symptoms – including exercise intolerance – and constitutes both a sign of poor outcome and a target for treatment,” stated Ponikowski.

In a recent study by Ewa Jankowska, from the Wroclaw Medical University the iron status of 546 patients with CHF were investigated. The outcome showed that both who had and did not have anemia were found with iron deficiency. A total of 37 percent exhibited a deficiency of iron, out of which 57 percent had anemia and 32 percent did not. The study exhibited that iron deficiency was an essential determinant of the result. Researchers conducted a multi-variant analysis carried out after a mean follow-up of two years. The outcome of which was that iron deficiency was correlated with an increased risk of death or heart transplantation, however anemia was not.

In the previous year, the Ferinject Assessment in Patients with Iron Deficiency and Chronic Heart Failure (FAIR -HF) study was conducted by Stefan Anker from Charite Universitatsmedizin Berlin. It portrayed that intravenous iron therapy administered to CHF patients was seemingly eligible of enhancing the functional capacity, exercise tolerance and quality of life. The investigation was carried out on 459 patients with NYHA class II /III, these were randomized to i.v. iron. 200 mg i.v. in the correction phase, succeeded by 200 mg i.v. iron every four weeks in the maintenance phase was given to 304 respondents, where as 155 people included placebo made up of normal saline.

The finding showed that around 50 percent patients receiving intravenous iron reported to being much or moderately improved on the self-reported Patient Global Assessment (PGA ) score, when compared to 28 percent on placebo. In week 24 patients receiving iron 47 had an NYHA functional class I or II, whereas 30 percent with placebo.

Subsequently, after week 24, patients obtaining i.v. iron could walk 39 meters more than the baseline, while the placebo group could walk only 9 meters in the six-minute walk test. Rates of adverse events like hospitalizations and mortality were almost the same for both groups. Moreover, the study illustrated that patients with anemia having hemoglobin level of 120 mg/L or less, had the same possibility of deriving benefit for symptoms or functional improvements as compared to those without anemia.

Ponikowski stated that the most important message from the study was that iron deficiency is not always related to anemia. Also he asserted that boosting iron levels in its own way is a possible treatment. However, he claimed that further studies are required to understand the ideal route and duration of iron replacement, along with the definition of iron levels considered deficient in CHF.

He further added that one theory to enlighten iron deficiency in CHF patients could be that inflammation related to heart failure hinders the release of iron from the stores in the macrophages and the liver. Moreover, the President of the Heart Failure Association of the ESC also elucidated on the need of cardiologists to understand the need of regularly assessing and treating iron deficiency in CHF patients.