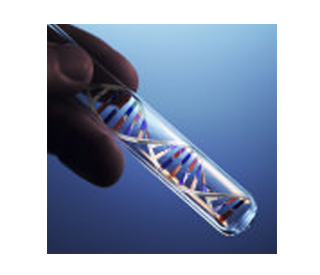 Amyotrophic lateral sclerosis (ALS) is a form of motor neuron disease that is apparently progressive, fatal and neuro – degenerative. It is apparently caused by the degeneration of motor neurons, the nerve cells in the central nervous system that manage voluntary muscle movement. Well, researchers from the Institute of Psychiatry at King’s College London revealed that genetic variations on a specific chromosome seem to play a vital role in ALS or Lou Gehrig’s disease.

Scientists share that around five to 10 percent of ALS is hereditary and few genes have been associated to ALS. However, these elucidate only a small proportion of familial cases and the cause of the more common irregular ALS remains unknown. Researchers conducted a two-stage genome-wide association analysis in order to examine genetic variations which are apparently accountable for augmented risk of irregular ALS. They evaluated DNA samples that were collected from 599 patients with sporadic ALS and 4,144 people without the disease from the UK. The findings highlighted strong evidence of a relation between two genetic variations on chromosome 9 and ALS.

Researchers conducted a joint analysis to identify new genetic signals that would otherwise be difficult to discover. They merged the UK samples with another 4,312 patients with ALS and 8,425 controls from seven other countries. These findings seemingly add to growing evidence that a region of chromosome 9 is linked with enhanced risk of ALS across several populations.

Ammar Al-Chalabi from the Institute of Psychiatry, remarked “ALS is a much feared disease, and is the commonest reason for people to seek euthanasia, so any clues that will help understand what causes it and how to find a cure are extremely valuable. This research is important in providing confirmation that a region on chromosome 9 harbours a risk gene, and also shows what can be achieved when researchers from all over the world team up. Thirteen research teams from eight different countries were involved in this project.”

Chromosome 9p21.2 was apparently the only considerably linked locus. This locus has also been formerly associated with fronto-temporal dementia. Researchers share that none of the other four genetic loci that have been reported may be connected with ALS achieved importance in the analysis. This highlights that the earlier associations may have been false-positive or population-specific results.

These findings were published in the online edition of The Lancet Neurology.