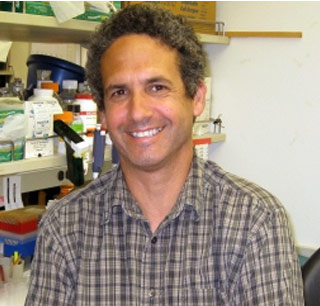 Investigators researching on human cancer may find the following article extremely beneficial. Experts from the UCLA’s Jonsson Comprehensive Cancer Center have apparently found a unique cell signaling pathway that controls cell growth and development. It seems that when defective this pathway aids in developing various crucial forms of cancer like lymphoma and leukemia. The discovered pathway and some others that also cause cancer seemingly turn off 136 genes.

The new pathway if unchecked may promote abnormal cell division. Metformin, an oral diabetes drug is claimed to activate the newly discovered pathway and safeguard against cancer in some pathway defects. Prior epidemiological studies have suggested that diabetes patients on metformin have lower risks of lymphoma and leukemia as the medication is controlling pathway operation. Novel therapies can also be developed to target the pathway and correct identified defects, further restricting cancer formation.

During the research, scientists also found a probable unknown DNA damage-response outcome. A general belief is that one of three things happens to cells in response to DNA damage. Either cells are temporarily prevented from growing so the damage can be repaired, cells go silent and permanently stop dividing so they don’t pass on the DNA damage, or cells simply die in a process called as apoptosis. However, the researchers laid down a fourth option, according to which the DNA damage drives itself in less mature cells to develop into more mature cells like an antibody-secreting plasma cells, by turning off the 136 genes.

Dr. Michael Teitell, a UCLA professor of pathology and laboratory medicine and a Jonsson Cancer Center researcher and senior investigator, elucidated, “It’s important to make sure this pathway works correctly, because it prevents cells from dividing excessively. When this pathway is defective, cancers can happen.”

Since defects in the newly discovered cell signaling pathway seemingly block normal gene silencing, cells are unable to progress. As a result less mature cells may remain stuck where they are and begin to divide at such a quick speed that lymphoma or leukemia formation is promoted. Researchers assume that DNA damage is linked with environmental factors, namely exposure to too much sun or to toxic chemicals. Even chemotherapy apparently hampers cell DNA. But experts mentioned that in normal process antibodies are created to probably fight against infection, so physiologic DNA damage activates the found signaling pathway.

Mara Sherman, the first author of the study, who worked as a graduate student in Teitell’s lab, said, “The paper reflects an exciting and emerging connection between DNA damage response pathways and cell differentiation. Our work points to this DNA damage-response pathway as a potential, novel therapeutic target for the treatment of B-cell lymphoma. Combined with several intriguing recent studies, our work further suggests that pathways with established roles in genome maintenance may also drive the differentiation of stem and progenitor cell populations.”

It is presumed that activation of this new signaling pathway is the mechanism to shut TCL1 oncogene down at the right time. Once pathway defect is developed, TCL1 and the other 135 genes possibly remain increased, risking the growth of cancer. Known to be lymphocytes, B-cells are important for immune responses and making antibodies in response to infection or vaccination. Apparently these cells divide at the highest rate in human body, which is faster than skin, hair or cells of gastrointestinal tract. While enabling antibodies to fight infection or gaining response to a vaccine, they may rapidly increase cells to go through DNA damage for boosting the efficiency of antibodies.

For appropriately excluding an immediate invader, the body seems to trade off potential harm caused by added DNA damage. At the time of antibody assembly, rapid cell cycling process supposedly takes place and it is vital that testing by the immune system is halted at the right time. Scientists assume that the body naturally turns off that process after two to three weeks. A defect in the new pathway may interrupt that natural stop signal and block production of effective antibody-producing cells called as plasma cells.

Those patients who face a threat of developing B-cell–related cancers can be screened for genes that, when not turned off, are a signature indicating pathway defects. Researchers claim that this pathway is vital in the development of lung, colon and other major cancer types. Further investigations will be carried out to analyze the pathway in detail so that new therapies are determined.

The research is published in the September 24 issue of the journal Molecular Cell.