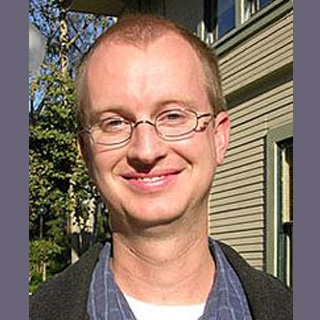 An astonishing effect of sweet beverages seems to come into the limelight. A recent study asserts that drinking a sugary beverage can help or hinder individuals with aggressive personalities depending on the social setting. It was suggested that intake of sweet drinks can make such people less able to respond impulsively when they are insulted or otherwise provoked. These drinks can probably fail to make them more aggressive when they are not provoked.

A common belief affirms that glucose consumption triggers a ‘sugar high’ leading to impulsive behavior. Scientists presume that glucose can raise self-control in situations wherein aggressive individuals are provoked. Throughout the research no harmful effects of glucose consumption on hyperactivity and conduct problems appeared. On receiving provocation, glucose probably declines aggression among highly aggressive individuals. When unprovoked, their aggression was possibly augmented. While evaluating study subjects it was noted that glucose did not have an impact on anger, so it may regulate aggression and anger. It seems that glucose operates on different chemical pathways.

“Aggressive individuals tend to have particular difficulty controlling aggressive impulses when they are provoked and most provocation happens unexpectedly. But our finding suggests that if you know you’re about to have an encounter with someone who is likely to provoke you – a difficult work supervisor, for example, or an ex-spouse – having a sugary drink beforehand may be effective in inhibiting your aggressive impulses, particularly if you are an aggressive person. Put simply, the brain uses sugar as fuel and earlier study suggests that when the fuel is running low it can impair your executive functioning – those high-level mental abilities that we use to over-ride routine or impulsive responses to external stimuli. We’re not sure what’s going on here but it may be that a sugary drink quickly tops up the brain’s energy reserves and helps those executive functions to operate more effectively to exercise self-control and restrain aggressive impulses, but only in the context of being provoked,” added Dr. Tom Denson, of the UNSW School of Psychology.

Experts initiated two blind controlled experiments on more than 230 student volunteers. For the first three hours of the test participants were made to fast and then to perform some demanding mental tasks. Volunteers were made to drink a sugary drink or an artificially sweetened placebo and prepare as well as deliver a two-minute speech to a bogus web conference. When individuals were delivering their speech the recipient provoked them by insulting their efforts as juvenile, boring and a waste of time. A disguised opportunity to deliver blasts of white noise to the person who insulted them was provided. It was concluded that glucose can help or hinder individuals with aggressive personalities

The study is published in the Journal of Experimental Psychology.