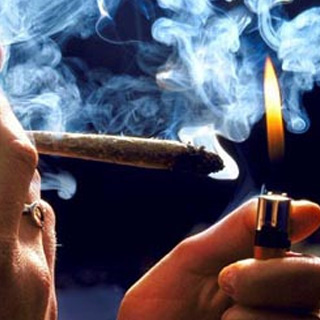 Smoking cannabis seems to be extremely harmful to the health of an individual. Already known to develop psychotic experiences, following tidbit just adds to the list of its detrimental effects. A recent study suggests that people smoking strains of cannabis that are low in cannabidiol like skunk have a significant risk of suffering from acute memory loss than people who smoke other types of the drug. Investigators are aiming to create awareness about the threats linked with certain strains of cannabis.

Cannabis apparently consists of two vital constituents known as Δ9-tetrahydrocannabinol (THC) and cannabidiol. THC the crucial psychoactive ingredient is believed to make users feel ‘stoned’, and produce psychotic-like symptoms namely delusions and paranoia. The other constituent cannabidiol may not induce these symptoms and counteract effects of THC. Cannabidiol levels supposedly range from virtually none, to 40 percent in cannabis. The study was commenced on 134 cannabis users aged between 16 and 23 years. All the volunteers were made to participate in a series of memory tests on two separate occasions. First test was triggered when the subjects were smoking their own preferred type of cannabis and were intoxicated. The second was taken place when they had not smoked for the last 24 hours and were sober.

Professor Valerie Curran, UCL Psychology, quoted, “We asked the participants to recall a short passage of prose, immediately after hearing it and again after a short delay. We found that people who were smoking cannabis low in cannabidiol experienced memory impairment and remembered less of the prose that they could when sober. However, people who were smoking high cannabidiol strains were still good at these tests. Indeed, their performance when intoxicated was virtually indistinguishable from when they were drug-free. Over the last 20 years, the constituents of street cannabis have changed, with low-cannabidiol strains like skunk now dominating the market. But our study suggests that these strains can increase the risk of cognitive harm. On the back of this study, we believe users should be made aware of the risk of memory impairment from smoking low-cannabidiol strains. They should be encouraged to use strains containing higher levels of cannabidiol instead.”

Levels of THC and cannabidiol were then measured on a sample of cannabis smoked by each participant on the intoxicated day. Authors also took saliva samples from the study subjects and levels of THC as well as cannabidiol were analyzed. It was discovered that people smoking cannabis with low percentage of cannabidiol performed much worse on the memory tests when they were intoxicated than when they were sober. Those smoking cannabis high in cannabidiol performed equally well on the tests when intoxicated and sober. No variation in THC content of the cannabis smoked by any of the participants was registered.

The study is published in the October issue of the British Journal of Psychiatry.