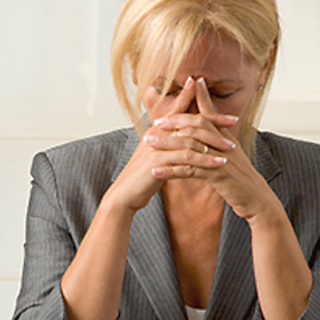 Depression seems to have engulfed a wide number of individuals across the globe. Scientists from the Yale University have laid hands on a gene that may have the potential of causing depression. The research findings can aid in determining a new class of antidepressants.

The uncovered gene appears as either the primary cause, or at least a major contributing factor to the signaling abnormalities leading to depression. Treating depression becomes difficult because its symptoms often differ among individuals. There runs a common belief that multiple physiological processes are involved in major depressive disorder. So, most people possibly respond differently to most commonly prescribed antidepressants. Generally antidepressants are assumed to manipulate the uptake of the neurotransmitter serotonin.

Around 40 percent depressed patients, apparently fail to produce a positive response to currently available medications. The researchers conducted genome scans on tissue samples from 21 deceased individuals with depression. Ronald S. Duman, professor of psychiatry and pharmacology at Yale and senior investigator and colleagues then compared the results with gene expression levels of 18 individuals without depression. The gene MKP-1 seemed to be elevated by more than two-fold in the brain tissues of depressed individuals.

It is presumed that MKP-1 gene inactivates a molecular pathway that is a hallmark in the survival and function of neurons. Restriction of this pathway is possibly involved in depression and other disorders. Resilience to stress was probably achieved by mice whose MKP-1 gene was excluded. On activation of the gene, symptoms imitating depression appeared. MKP-1 may be a potential target for a unique class of therapeutic agents to treat resistant depression in the long run.

The research was published on October 17 in the journal Nature Medicine.

A Fight with your Spouse could be good for Health, reveals...