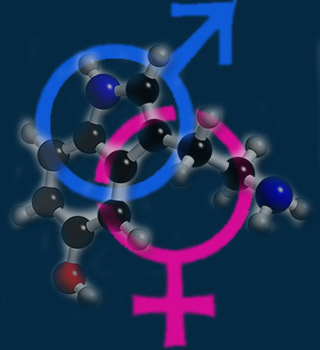 Does your guy reach the end even before you’ve had the chance to really get going? Don’t blame the poor fellow if he does as this could just be in his genes. That’s right! A novel Dutch study claims that the faster a man ejaculates can be genetically determined.

A work of researchers at the Utrecht University, the study reveals that premature ejaculation (PE) is actually genetic. Led by Neuropsychiatrist Dr Marcel Waldinger and Pharmacological Researcher Paddy Janssen, nearly 89 Dutch men with primary PE and 92 men with no history of the condition were involved in the study. The female partners of these subjects were asked to measure the time until ejaculation each time the couples had intercourse using a stopwatch.

Primary PE is a condition where the man has always suffered from primary ejaculation from his first sexual contact onwards.

Waldinger asserted, “This study applies to men who have always ejaculated prematurely from their first sexual contact onwards and not for men who started suffering from this later on in life.”

A comparison of the men with PE and those in the control group showed interesting results. In men who suffer from PE, serotonin is pretty sedentary between the nerves in the section of the brain that controls the ejaculation. The chemical transfers a signal from one neuron to another and is linked to rapidity of ejaculation, sexual activity and appetite. In men with PE, serotonin is low acting and hence does not transfer signals properly causing them to ejaculate soon.

Researchers mention that an already discovered gene 5-HTTLPR is apparently responsible for the amount and activity of serotonin. Existing in three types namely LL, SL and SS, experts’ part of the study found that men with the LL ejaculate more rapidly. The scientists reveal that on average, men with LL ejaculate nearly two times faster than men with SS and SL type of the gene.

Nearly a third of men all over the world suffer from PE and presently there is no concrete medication for the condition. The treatment methods are limited to counselling and use of anti-depressants that help in delaying ejaculation.

A more contradictory idea has been common for many years as researchers believed that primary form of PE is in fact a psychological disorder. However the new research might make it possible to treat the widespread condition with gene therapy.

The results will be published this week in the renowned International scientific journal the Journal of Sexual Medicine.