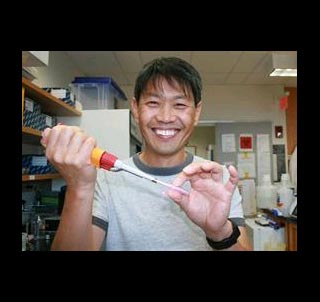 HIV has infected approximately 30 million people across the world and despite sincere efforts the disease is very much a cause for concern to healthcare professionals. Scientists from the University of Rochester Medical Center appear to have brushed up on the fact that within the human immune system, HIV adjusts in a rather surprising manner so as to survive and live in a place of hiding. The researchers share that this discovery could help them understand why HIV is so dreadful while also paving a new path of restraining the virus.

The main reason why HIV seems to thrive for so long in the body is that it can hide without really being identified. After it has relentlessly attacked the body’s immune system, it wins the fight with an immune cell known as a macrophage appearing to be the virus’ most favored hiding place. This particular cell is responsible for eating up and annihilating foreign invaders along with cellular debris.

Baek Kim, Ph.D. has spent a considerable amount of time trying to understand why and how exactly HIV takes shelter in the immune cell. The past couple of years has seen the professor of Microbiology and Immunology at the University of Rochester Medical Center, teaming up with Emory scientist Raymond F. Schinazi, Ph.D., D.Sc., director of the Laboratory of Biochemical Pharmacology at Emory’s Center for AIDS Research, to know the complete picture. The pair hopes to comprehend if the virus does manage to evade its normal replication mechanism when it is within the macrophage.

Analysis revealed that HIV witnesses a lack of the molecular machinery that is required to replicate itself in the immune cell. And when this happens, the virus is somehow able to adjust by detouring one of the molecules it may otherwise use. Instead, it nails down on another available molecule. dNTP is generally employed by the virus so that it can complete its work. However, more often than not, this building block is absent in macrophages as it isn’t needed by them. Nevertheless macrophages house high levels of closely associated molecule dubbed as rNTP which is more flexible. According to the pair, HIV primarily employs rNTP over dNTP so that it can copy itself in macrophages.

“The virus would normally just use dNTP, but it’s simply not available in great quantities in the macrophage. So HIV begins to use rNTP, which is quite similar from a chemical perspective. This is a surprise,” commented Kim. “The virus just wants to finish replicating, and it will utilize any resource it can to do so.”

Upon blocking HIV’s ability to communicate with rNTP, it was found that it lost nearly 90 percent of its ability to replicate. In the fight against HIV, this finding could be seen as significant. This is mainly because existing drugs are normally intended at dNTP and not rNTP. They target the infection in the immune cells called as CD4+ T cells. It could be possible hereon to point the virus located in macrophages courtesy of this new research. Kim further shares that a compound marked at rNTP is already prevalent. Obtained from wild mushrooms, cordycepin is specifically an experimental compound being tested for use as an anti-cancer drug. Compounds along similar lines should be tested for their anti-HIV role.

This important finding was published in the Journal of Biological Chemistry last month.