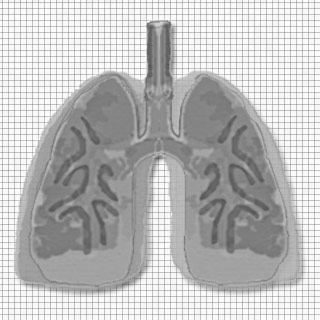 Previously, numerous evaluations have been made with the aim of better evaluating lung cancer. Now, a recently conducted research has gone a step ahead and has divulged the underlying genetic mechanisms of what causes lung cancer to replicate and spread to the regions which are the most likely sites of relapse. This informative research was conducted by the experts from the Memorial Sloan-Kettering Cancer Center (MSKCC).

The most likely sites for lung cancer relapse were noted to be the bone and the brain. The experts revealed that the cellular pathway associated with colorectal cancer, was also found to be responsible for aiding lung cancer in spreading freely to the other organs of the body. Evidently it was discovered that this cellular pathway was instrumental in boosting the cancers ability to rapidly take over other organs without really needing to adapt to its environment. This astounding revelation was different from the process of the other cancers. For instance, breast cancer, its recurrence materializes over a few years after remission thereby indicating that these cancerous cells may initially lack the capability to metastasize and thus need time to acquire this ability.

However these researchers also noted that not all lung cancers spread to the other organs before they are diagnosed and surgically removed. Therefore it was presumed that apart from the initial mutations which trigger this cancer, there may be some other factors involved which could be responsible for its metastasis.

For this purpose, experts analyzed an array of lung cancer tumor samples via bioinformatics. Evidently, out of the six tested pathways, only the WNT cell-signaling pathway was discovered to react differently under different situations. It was discovered that this was the only pathway which was hyperactive in lung tumors, which went on to spread; while it was normal in those that didn’t metastasize.

Researcher Joan Massagué, PhD, Chair of the Cancer Biology and Genetics Program, MSKCC and an investigator at the Howard Hughes Medical Institute, explains, “Mutations that activate the WNT pathway are a common cause of colon cancer, but lung tumors are initiated by mutations in other genes so we were surprised that a hyperactive WNT pathway would be responsible for metastasis in lung cancer.”

Apart from this, it was also noted that the metastasis of cancer may be associated with poor clinical outcome. They believe that the hyperactivity of the WNT pathway may be somehow linked with aggressive biological characteristic of the tumor and its poor chances of survival.

Apparently, these findings indicate that the recurrence of lung cancer may be prevented in high-risk patients by using treatments which aim for the WNT signaling pathway.

These findings have been presented online in the Cell journal.