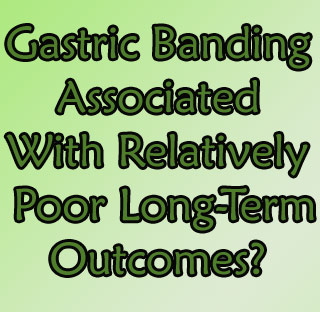 Surgery apparently is the only valid treatment for morbid obesity. The most commonly performed techniques may be laparoscopic adjustable gastric banding (LAGB) and Roux-en-Y gastric bypass. Well, a recent study claims that LAGB leads to major complications and most patients have to remove their bands.

At the time of the study, a total of 151 consecutive patients who were treated with LAGB between January 1, 1994 and December 31, 1997 were contacted at the end of 2009. Scientists were able to fully evaluated 82 patients forming 54.3 percent. On the basis of the follow-up, LAGB was asserted to result in a mean excess weight loss of 42.8 percent after 12 years or longer. On completion of the study, 39 percent patients reportedly experienced major complications and 22 percent faced minor complications.

Jacques Himpens, M.D., and colleagues at the European School of Laparoscopic Surgery, Saint Pierre University Hospital, Brussels, Belgium, found that almost half the patients required removal of their gastric bands and nearly 60 percent were in need of additional operations. It was mentioned that 60.3 percent of the patients were satisfied, and the quality-of-life index was comparable to the nonsurgical average. Around 14 patients were seemingly switched to laparoscopic gastric bypass, with good results.

The study appears online now and will be published in the July print issue of Archives of Surgery, one of the JAMA/Archives journals.