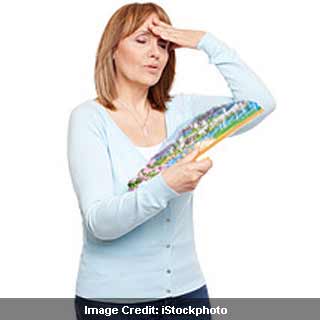 Professionals at Penn State have advised menopausal women suffering from hot flashes to exercise for relieving their discomforts. The team basically revealed that women who work out may experience fewer episodes of hot flashes for nearly 24 hours following their sessions, as compared to their inactive counterparts.

Generally, obese or overweight women as well as those who do not indulge in physical activities may experience severe symptoms of the condition, they said. For the study, approximately 92 menopausal women were examined for a span of 15 days.

“For women with mild to moderate hot flashes, there is no reason to avoid physical activity for the fear of making symptoms worse. In fact, physical activity may be helpful, and is certainly the best way to maximize health as women age,” cited Steriani Elavsky, assistant professor of kinesiology at Penn State.

The participants were made to undergo physical activities, while they sported accelerometers to gauge their exertion levels. The women were also given personal digital assistants to record their hot flashes. Going by a certain explanation put forward by experts, physical activities could increase hot flashes owing to the elevation in body core temperature. However, such an effect was not to be found in the trial volunteers.

According to what was observed, women who exercised at regular intervals did not apparently experience hot flashes. On the contrary, symptoms of overweight women who experienced the condition did not supposedly decrease.

The team concluded that exercising on a regular basis leads to wellbeing and healthy aging, irrespective of the concerned person experiencing hot flashes or not. They believed that women encountering mild to moderate symptoms need to work out regularly to reduce their hot flashes.