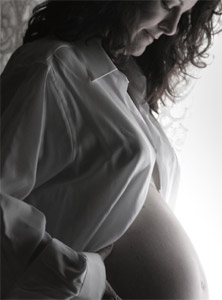 Women who take folic acid supplements for at least a year before becoming pregnant can greatly reduce their risk of delivering a baby prematurely, researchers said on Thursday.

Folic acid, a B vitamin, already is known to prevent major birth defects that involve a baby’s brain or spine.

This study shows it may provide yet another benefit — cutting down on premature births in which babies have less time to develop in the womb and are more likely to experience serious medical problems.

The study tracked about 35,000 pregnant women between 1999 and 2002 who disclosed their folic acid intake.

It found that women who took folic acid supplements for at least a year before pregnancy cut their chances for very early pre-term births — 20 to 28 weeks into the pregnancy — by 70 percent compared to other women.

Women taking folic acid for at least a year before getting pregnant saw their risk fall by about 50 percent for premature births occurring 28 to 32 weeks into the pregnancy.

Most pregnancies take about 40 weeks. A premature birth is one that occurs more than three weeks before the due date.

“We have a very exciting and promising potential prevention method for pre-term birth,” Dr. Radek Bukowski of the University of Texas Medical Branch at Galveston, who led the study, said in a telephone interview.

“It’s exciting not the least because it’s a very simple thing that’s very easy to be implemented, and it has a very powerful effect,” added Bukowski.
The findings were presented at a meeting of the Society for Maternal-Fetal Medicine in Dallas.

Folic acid helps the body make healthy new cells. It is important for women to get enough of it before and during a pregnancy to prevent major birth defects called neural tube defects including spina bifida and anencephaly, experts say.

Leafy green vegetables, fruits, dried beans, peas and nuts are some of the foods that contain folic acid. Enriched breads, cereals and other grain products also have it. Folic acid can be taken as a dietary supplement, for example in a multivitamin.

Taking it for less than a year before pregnancy provided lesser protection from pre-term births, Bukowski said.