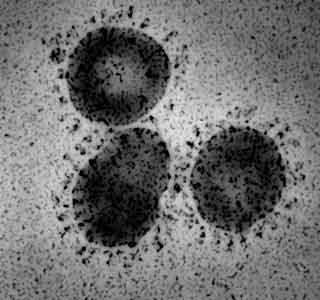 With the swine flu pandemic going around, we can’t help being reminded of the SARS (Severe Acute Respiratory Syndrome) wave that had swept over the world in 2002. Inspite of having created panic around the world, not much progress is believed to have been made in the development of effective ways to fight against SARS post its infection.

But now a team of researchers have seemingly discovered a way of stopping SARS infection. They have stated that an algae protein may aid in preventing this infection. An analysis on animal models is believed to have yielded positive results. This research was led by Christine Wohlford-Lenane, senior research assistant at the Department of Pediatrics University of Iowa.

The GRFT is stated to be a lectin protein which is derived from algae. It is presumed that the GRFT, through its anti-viral properties may modify the structure of the sugar molecules bordering the virus. This process is hypothesized to permit these molecules to cling on to the human cells and attack them. There, these molecules seemingly occupy the reproductive system to spread throughout the body. It was noted that these molecules may not be able to spread the disease without undergoing this entire mechanism.

Wohlford-Lenane says that, “While preliminary, these results are very exciting and indicate a possible therapeutic approach to future SARS or other coronaviral outbreaks.”

These researchers say that the findings not only hint at GRFT’s capability to stop virus replication, but they even suggest that it may also evade other causal effects of the disease.

This research is alleged to have been presented at the American Thoracic Society’s 105th International Conference, San Diego.