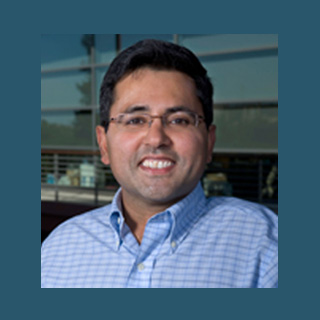 Macrophages seem to be responsible for disposing of dying cells. They are also known as the scavenger cells of the body’s immune system. Stanford University School of Medicine scientists are believed to have recognized one pathway in this key process in mice that, if disturbed could cause a lupuslike autoimmune disease.

It was estimated that this disorder affects nearly 1.5 to 2 million people in the United States. Supposedly, lupus is an autoimmune disease in which the body’s system attacks its own cells. The chronic inflammation causes symptoms which could possibly look like other types of arthritis and rheumatic diseases, thereby affecting the skin, heart, lungs, kidneys, joints and nervous system. However, the cause for this disease appears to be unidentified.

“Just like in mice, in humans, if you don’t clear the dying cells, then that predisposes you to lupus. If you look at patients with lupus, they have an inability to clear those dead cells,” says Lata Mukundan, PhD, a Stanford study associate and one of the first authors of the study.

Study senior author, Ajay Chawla, MD, PhD, assistant professor of endocrinology added further, “The clearing away of dying cells is important. If they’re not cleared away, they can provide antigens against ourselves, leading to development of autoimmunity.”

Mukundan, Chawla along with colleagues was observed to have revealed one of the pathways by which macrophages sense and without a sound dispose off these dying cells. Moreover, they carried out this trail through lab experiments in vitro with mouse and human macrophages in addition to genetically engineered mice. Allegedly, this pathway is a naturally-occurring process not previously understood.

The team put forward that a molecule inside the nucleus of cells called PPAR-delta seems to play an essential role in arranging the timely disposal of dying cells via macrophages, the white blood cells which swallow and digest cellular debris and pathogens. Apparently, this triggers other immune cells to assist in the response to a pathogen.

Chawla claimed that “We wanted to know, if you took a mouse and only deleted PPAR-delta from its macrophages, is that sufficient to cause an autoimmune disease? Apparently it is.”

In order to test their theory, scientists were noted to have bred genetically engineered mice that were devoid of the PPAR-delta molecule in their macrophages. Later, they injected them with apoptotic i.e. dying cells.

They discovered that simply missing the PPAR-delta molecule seemed to have caused a lupuslike autoimmune kidney disorder in mice. Drugs which activate PPAR-delta appear to have been recognized and are in clinical trials for treatment of high blood cholesterol and other lipid disorders.

Accordingly, the direct involvement of PPAR-delta in suppressing auto-antibody production and maintaining the body’s tolerance to itself may perhaps raise the likelihood that these molecules which activate PPAR-delta can be used in treating patients with lupus.

The study pinpoints how PPAR-delta seems to function in macrophages. When the macrophages consume dying cells, certain genes could be getting turned on in these cells. This may in turn trigger further consumption of more dying cells and assist in their clearance.

The findings revealed that firstly, PPAR-delta seems to assist in the detection of the dying cell by regulating the production of key proteins called opsonins. Supposedly, these proteins recognize the ‘eat me’ signals released by the dying cells.

Besides, PPAR-delta also appears to prevent the immune system from raising an inflammatory response to the dying cell and as a result functions in the safe disposal of the dying cells.

In the absence of PPAR-delta, mice may perhaps have an accumulation of dead cells that eventually delivers a danger signal to the immune system. This could lead to inflammation and tissue damage.

“The dying cells are a bunch of modified lipids,” adds Chawla.

It was observed that when the macrophages eat the dying cells it doubles their content of lipids. The team showed in other experiments in the lab that the lipids appear to have worked as a signal to notify the macrophages that they needed to eat more dying cells.

Chawla was of the opinion that these receptors seem to allow the macrophages to activate the genes for improved clearing in the body. The findings may perhaps result in both a better understanding of the cause of lupus in humans as well as probable drug treatments for the disorder.

The findings of the study have been published online in the journal, Nature Medicine.