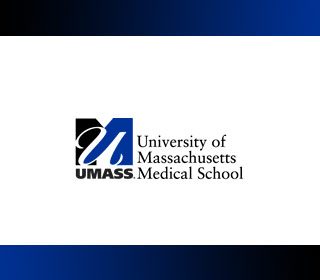 A prior analysis suggested the longevity gene to maintain brain function during aging. But what regulates longevity continues to remain unknown. Experts from the University of Massachusetts Medical School have apparently shed light on a novel DAF-16 isoform DAF-16d/f that is assumed to get together with other DAF-16 protein isoforms in order to regulate longevity.

The scientists aimed to determine the various molecular processes that can possibly delay certain age-related diseases, such as cancer and diabetes. Understanding these processes may ultimately increase the lifespan of a healthy individual. Claimed to be a part of the insulin signaling pathway, DAF-16 is believed to play a major role in several biological processes in C. elegans. These biological processes may include longevity, lipid metabolism, stress response and development, and seem to be the center of a complex network of genes and proteins.

Dr. Heidi A. Tissenbaum, PhD, associate professor of molecular medicine, enlightened, “Up until now, research has focused on the DAF-16a and DAF-16b isoforms. What we’re able to show is that DAF-16a alone is insufficient for lifespan regulation. Moving forward, any discussion about the process of aging will have to include this new protein isoform.”

A previous investigation has supposedly unraveled the isoform DAF-16a as a regulator of longevity which is a different form of the same protein. The investigation affirms the fact that DAF-16a isoform genetically shortens C. elegans’ life span. The researchers alleged that the identified unique isoform DAF-16d/f works in collaboration with DAF-16a so that it can possibly promote organismal life span.

Tissenbuam shared, “Understanding the molecular pathways of DAF-16 and other genes will give us insight into aging at both the cellular and organism levels. As we age, at a certain point, something happens that triggers age-related disease. If we can learn what these signals are, it’s possible we can find a way to extend the healthy portion of a person’s life span and potentially delay the onset of age-related diseases such as cancer, diabetes and Alzheimer’s.”

In order to ascertain the effect of DAF-16d/f on life span, Dr. Eun-soo Kwon, lead author and a post-doctoral fellow in the Tissenbaum laboratory claim to have elevated the expression of the DAF-16d/f and DAF-16a in C. elegans. It was then noted that worms with overexpressed DAF-16d/f seemingly lived longest. Having conducted several other experiments, the scientists revealed that worms expressing DAF-16d/f were also more tolerant to heat stress during development and stored more fat.

Tissenbaum commented, “It’s possible that we’re restoring life span, but we don’t know the effect of doing so. We have to explore whether this increased lifespan is of the healthy portion of the lifespan.”

Since the DAF-16 gene in C. elegans is considered to be alike the FOXO gene in mammals, the findings may also be applicable to longevity in humans. The experts will be initiating a further research to predict the association between increase in life span and health of the worm.

The research is published in the July7 online edition of Nature.