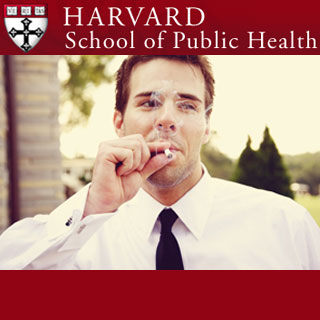 That ‘smoking is injurious to health’ is a widely-known fact and there has been a consistent improvement in the efforts taken to get more individuals to kick the butt. If a new study from Harvard School of Public Health (HSPH) and University of California is to be believed, men with prostate cancer may be increasing their risk of recurrence of the condition and consequently death by smoking.

“In our study, we found similar results for both prostate cancer recurrence and prostate cancer mortality,” mentioned Stacey Kenfield, lead author of the study and a research associate in the HSPH Department of Epidemiology. “These data taken together provide further support that smoking may increase risk of prostate cancer progression.”

A prospective observational study that comprised of around 5,366 men diagnosed with prostate cancer between 1986 and 2006 in the Health Professionals Follow-Up Study was performed. Experts recorded approximately 1,630 deaths among which 524 were due to prostate cancer and 416 because of cardiovascular disease. There had also been 878 prostate cancer recurrences.

The scientists observed that men with prostate cancer and who were existent smokers seemed to face a 61 % risk of dying from the disease. They also found a 61 % greater risk of recurrence in comparison to men who had never smoked. A more aggressive disease at diagnosis termed as higher clinical stage or Gleason grade (a measure of prostate cancer severity) has apparently been associated with smoking. Nevertheless among the men with non-metastatic disease at diagnosis, those who currently smoked showed an 80 % higher risk of dying from prostate cancer.

When pitted against current smokers, men with prostate cancer who had kicked the butt showed lower mortality risks. Those men who had prostate cancer and had kicked the butt for 10 years or more, or even those who had quit smoking for less than 10 years but lit up less than 20 pack-years, prior to diagnosis, had a prostate cancer mortality risk identical to those who had never smoked. The risks were similar for men who had quit smoking for less than 10 years, yet smoked 20 or more pack-years and current smokers.