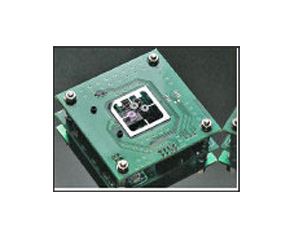 Scientists in Singapore have developed a portable device that can detect the H5N1 bird flu virus in less than half an hour.

The palm-sized śll-on-a-chipť device is able to quickly detect the presence of the H5N1 virus from a throat swab or stool samples from humans and poultry, Masafumi Inoue, one of the researchers at the Singapore-based Institute of Molecular and Cell Biology, said.

The instrument uses a magnetic force to manipulate reagents to rapidly determine whether samples are positive for the deadly H5N1 strain, Inoue said.

The device could help fight an outbreak by providing early warnings, researchers said.

Current bird flu tests take about three to four hours to complete and must be conducted in a lab, Inoue noted.

Project leader Juergen Pipper of the Institute of Bioengineering and Nanotechnology, also in Singapore said “Complex biochemical tasks can thus be processed in a fashion similar to that of a traditional biological laboratory on a miniature scale.”

The device could potentially be 40 to 100 times cheaper than current bird flu detection tests, said Inoue.

It can also be adapted to test for severe acute respiratory syndrome, HIV and hepatitis B.

Research on the testing tool was published in an advance online edition of the journal Nature Medicine. “It may well be the answer to all our prayers, but we don’t know anything about it yet,” said Peter Cordingley, spokesman for the World Health Organisation’s Western Pacific region.