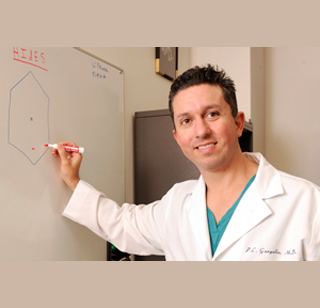 Scarring due to surgeries has a huge impact on a person’s self esteem. A UT Southwestern Medical Center urologist claims to have created a new hidden minimally invasive process that tends to make scars invisible and works efficiently just like a surgical treatment.

This procedure known as the hidden incision endoscopic surgery (HIdES) seems to have been used in many kidney surgeries in the period between April and July 2010. The system seemingly has no noticeable problems and ought to have wider utilities too. Scientists affirm that this technique may be used for any surgery that involves upper abdominal procedure which is done laparoscopically.

Methods such as laparoscopy which are mildly invasive are often used in kidney surgeries. The outcome shows apparently less scars than the one seen in open surgery that necessitates a huge incision around the patient’s abdomen. However, laparoscopic surgery in which the surgeon’s eyes are replaced by a minute camera introduced through a small incision may supposedly produce visible scars.

“Currently used incisions, even with minimally invasive surgery, leave the child with up to three scars that are visible any time the abdomen is exposed. The new technique of hidden incision endoscopic surgery (HIdES) eliminates visible scarring,” specified Dr. Patricio Gargollo, assistant professor of urology at UT Southwestern and director of pediatric urology minimally invasive and robotic surgery at Children’s Medical Center of Dallas.

The HIdES mechanism seems to provide patients with cosmetic advantages as well as more versatility than laparoscopic operations. This flexibility that it provides may be because it utilizes number of surgical ports for robotic-assisted surgical equipment and camera. These fixtures are present below the bikini line, making them unnoticed if the patient is wearing a bathing suit. HIdES technique appears to have gathered better reviews from adolescents and parents of young kids than open and laparoscopic surgeries.

The study is published in a recent issue of the Journal of Urology.