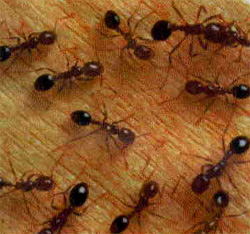 Researchers have identified two key proteins that aid one of the two groups of pathogenic bacteria develop the protective coating that is their defense against the world.

The finding could result in the creation of new antibiotics against gram-negative bacteria, like E. coli and salmonella that would destroy these bacteria by disabling the mechanism that produces their protective coating.

“A long-term goal is to find inhibitors of these proteins we have discovered. Small molecule inhibitors could become antibiotics that subvert the outer membrane,” said Natividad Ruiz, lead author and research molecular biologist at Princeton University.

The bacteria, which have lived there for millions of years have lost many of the traits necessary for survival in the outer world. As a result, their collection of genes, known as a genome, is far smaller and simpler than the genome of E. coli.

“Scientists sequenced the genome of the model bacterium E. coli 11 years ago, yet they still do not understand the functions of about 40 percent of the thousands of proteins produced by those genes,” said Ruiz.

The genome of the bacteria found in the ant gut, Blochmannia floridanus, contains the instructions for only 583 proteins. Since the bacteria are closely related, nearly all of Blochmannia’s genes — 564 — are found in E. coli.

The scientists reasoned that they could find the protein containing the instructions for building the germ’s outer casing.

“We designed a computer-based search that filtered out proteins that lacked the characteristics essential for outer membrane construction. In the end, only two of the 564 proteins remained,” said Ruiz.

The two missing proteins of a pathway ferries one of the key components of the outer shell, called LPS, to the cell surface.