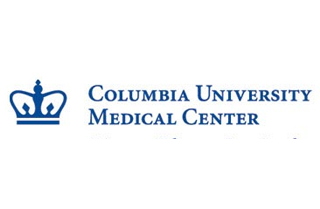 An earlier study disclosed that effects of premature birth may spring up during adulthood. A kind of affirmation to this stance has come from another study conducted by Columbia University Medical Center scientists which reveals that premature infants apparently stand a higher chance of having impairments to the white and gray matter of the brain. These injuries seemingly harm the cortical development and neural connectivity. Specific forms of these injuries can be identified in the neonatal phase using ultrasound.

According to analysts, babies with ultra sound unnaturalness supposedly faced a higher risk for particular psychiatric conditions. These problems include attention-deficit hyperactivity, tic disorders, obsessive-compulsive behavior and severe depression. These issues supposedly arise due to harmed functionalities of the subcortical-cortical circuits. Observing the link between perinatal brain injuries and future psychiatric problems could result in earlier diagnosis and timely medication. Further analysis will lead to comprehending the cause of other illnesses like schizophrenia too.

“The study is a beautiful example of interdisciplinary work. The team included researchers from neonatology, pediatrics, psychiatry, and epidemiology. It couldn’t have been done otherwise,” remarked Whitaker, a clinical professor of psychiatry in the Department of Psychiatry at Columbia University and research psychiatrist in the Division of Child and Adolescent Psychiatry at New York State Psychiatric Institute.

As part of the study, 400 normal adolescents born prematurely and who encountered abnormal brain ultrasounds during birth were enrolled. They were interviewed and also made to fill in questionnaires. When parents were questioned, a link between perinatal brain injuries and certain adolescent psychiatric problems were found. These could seemingly not be explained by other medical or social terms.

The findings are published in the July issue of the Archives of General Psychiatry.