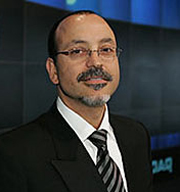 A team of American doctors have begun interviewing potential recipients for what they hope will be the world’s first successful womb transplant. The American team has won approval for the operation following experiments on monkeys.

It is hoped that the chosen woman could then go on to have babies of her own, before the womb is removed again, allowing her to stop taking powerful drugs to stop her body from rejecting the organ.

It is also hoped that one day womb transplants could help women with a host of problems, including those born without wombs, or with malformed organs.

Dr. Giuseppe Del Priore, of New York Downtown Hospital, has a number of potential donors willing to participate in the first transplant.

In the experiment with a rhesus monkey, a womb was successfully transplanted and connected to the animal’s blood supply. The organ was only monitored for 20 hours but the blood flow appeared to be good and the monkey did not seem to have an adverse immune system response.

Researchers hope to do more experiments on monkeys so they can track a pregnancy carried in a transplanted womb.

But Dr. Del Priore said that would not be essential before attempting the procedure in humans, citing the precedent of face transplants, which were not tested on other primates before they were done on people.

“If a person walked in tomorrow and requested a uterine transplant I am cautiously optimistic we could be successful,” he said.
British doctors have forecast that womb transplants could be possible within two years. But there have been complications associated with previous attempts.

Doctors in Saudi Arabia attempted such a transplant on a woman six years ago, but the organ had to be removed after about three months due to clotting in the connecting blood vessels.