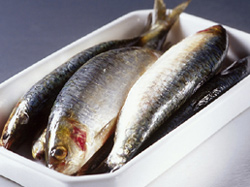 According to the findings of two studies published in the American Journal of Clinical Nutrition, high blood levels of omega-3 highly unsaturated fatty acids, found in fish oil, may help to preserve the thinking ability in the elderly.

The results were particularly striking among subjects with high blood pressure or high cholesterol levels.

According to a Dutch research team, diets that include omega-3 fatty acids, specifically eicosapentaenoic acid (EPA) and docosahexaenoic acid (DHA), can help protect against the development of dementia and Alzheimer’s disease. However, the effect of EPA+DHA consumption on thinking ability, or “cognitive function,” has received less scrutiny.

Dr. Boukje Maria van Gelder, from the National Institute for Public Health and the Environment in Bilthoven, and associates evaluated data for 210 healthy men in the “Zutphen Study,” who were 79 to 89 years old in 1990 and had normal mental capacity. Their diets were assessed in 1990, and cognitive function was tested in 1990 and again in 1995.

Subjects who ate fish had a slower decline in cognitive function than subjects who did not eat fish.

In the second study, which involved 2,251 older individuals, Dr. May A. Beydoun, at the University of North Carolina at Chapel Hill, and colleagues showed that high blood levels of EPA and DHA are associated with less decline in verbal ability.

In an accompanying editorial, Dr. William E. Connor and Dr. Sonja L. Connor suggest that EPA has anti-clotting and anti-inflammatory properties that work together to help preserve cognitive function.