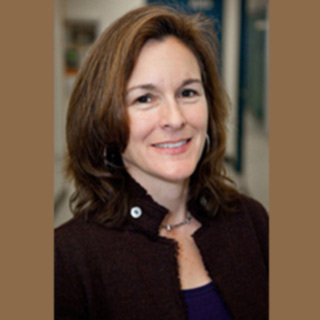 Polybrominated diphenyl ethers (PBDEs) are usually used as flame retardants in a wide range of products ranging from electronics to furniture. As per a study conducted by UCSF scientists, large proportions of (PBDEs) are seemingly found in pregnant women of California.

This chemical apparently weakens ignition and the speed at which flame grows as affirmed by US Environmental Protection Agency (EPA). Trials show that the compound may lead to liver, thyroid and neurodevelopment toxicity. The study enrolled 25 pregnant women from Northern and Central California who were inspected in San Francisco. They were all undergoing their second trimester tests when the scientists found supposedly high levels of PBDEs along with its products formed when the flame retardants crack down in the body. These high amounts also seemed to be linked to thyroid hormone disruption. They have also been known to affect neurodevelopmental issues in children due to prenatal exposure.

“These important results, showing that pregnant women in this California population are exposed to high levels of certain flame retardants, is a key part of our work to understand and address multiple chemical exposures that occur during this sensitive time period,” explained senior author Tracey Woodruff, PhD, director of the UCSF Program on Reproductive Health and the Environment, part of the UCSF Department of Obstetrics and Gynecology and Reproductive Sciences.

California banned use of pentaBDE and octaBDE in 2004 and has plans of eliminating others too. The European Union also implemented this ban in 2004. However, according to the lead author Ami R. Zota, compared to the rest of the country, inhabitants of California have 2 folds higher levels of flame retardant chemicals in their blood. These standards were possibly attained by using PBDEs for polyurethane foam-containing substances used at home and office.

Exposure of people to this chemical has seemingly risen as crib mattresses, carpet padding and upholstered furniture wear out and expel it in air and dust. These chemicals appear to be present at maximum levels in California household dust. Notably, he adds, that studies have not put forth the advantage of these in saving lives by extinguishing fire as compared to other steps like utility of fire safe cigarettes and so on.

This analysis included women from varied backgrounds and many of those who were financially unsound. Smokers or drug users, consumers of thyroid medicine and those who suffered from other fetal health conditions were excluded from the study. This inference seems to second a previous study that disclosed that low income groups are likely to face greater exposure to PBDEs.

According to the scientists, these economic differences may be due to the existence of old and poorly manufactured things or damaged PBDE-treated furniture foam and poor housing quality seen in low economy homes. Another test conducted previously showed that body of most pregnant women in the U.S. possesses many chemicals like PBDEs and others that have been banned since 1970.

The study is published in the journal Environmental Science and Technology.