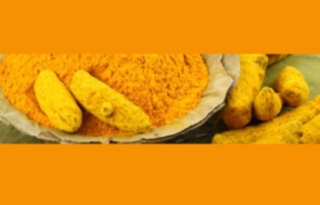 Apart from spicing up the dish, turmeric also has certain health benefits which some may be unaware of. A study conducted by The University of Nottingham and Ludwig Maximilians University in Munich scientists, has disclosed that curcumin, which is an ingredient of turmeric may help in combating tendinitis.

The analysts found that curcumin which gives turmeric its widely appraised yellow color, seemingly has the ability to suppress biological mechanisms that trigger inflammation in tendon diseases. Tendons play an important role in motion as they transfer the pressure of muscle contraction to bones. They are however vulnerable to injuries, specifically in athletes. Tendinitis is a condition characterized by inflammation of tendons and causes pain in joints such as shoulders, elbows, knees, hips, heels or wrists.

“Our research is not suggesting that curry, turmeric or curcumin are cures for inflammatory conditions such as tendinitis and arthritis. “However, we believe that it could offer scientists an important new lead in the treatment of these painful conditions through nutrition. Further research into curcumin, and chemically-modified versions of it, should be the subject of future investigations and complementary therapies aimed at reducing the use of non-steroidal anti-inflammatory drugs, the only drugs currently available for the treatment of tendinitis and various forms of arthritis,” specified Dr. Ali Mobasheri of the University’s School of Veterinary Medicine and Science, who co-led the research.

The aforesaid condition has also been linked to rheumatoid arthritis and diabetes. Treatments available include non-steroidal anti-inflammatory drugs like aspirin or ibuprofen. For serious cases, steroid injections are administered directly into the tendon sheath. However, these are known to have many side-effects like stomach ulcers, nausea, vomiting, heartburn, headache and so on. This calls for an efficient therapy with fewer harmful side-effects.

Curcumin has been one of the constituents of Ayurveda with anti-inflammatory properties. As a part of the study, a culture model of human tendon inflammation was used to examine the anti-inflammatory influences of curcumin on tendon cells. The scientists wished to know how curcumin affected the inflammatory properties instigated by signaling molecules known as interleukins. The latter achieves this by boosting a hazardous switch called NF-κB. The outcomes showed that utilizing curcumin in this culture mechanism controls NF-κB and prohibits it from spreading further inflammation. This analysis is a follow up of another study which revealed that a compound found in red wine could help treat osteoporosis related bone loss in elderly women, post-menopausal women and those with rheumatoid arthritis.

The study is published in the Journal of Biological Chemistry.