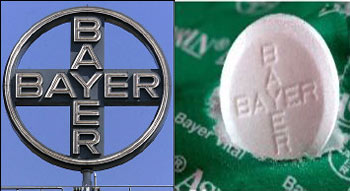 This Monday, researchers have announced that they have found a pill that improves survival for people with liver cancer, an extremely hard to treat disease that is diagnosed in more than half a million people worldwide each year.

According to the results, it was found that Nexavar, a drug made by Bayer gave patients with advanced liver cancer, 44% more time to live, compared to patients who did not receive the drug.

In fact, results of a major clinical trial with Nexavar (sorafenib) were so successful, that the trial was halted early.

The study found that patients who received the drug lived a median of 10.7 months, compared with only 7.9 months for those on a placebo. Time to cancer progression was 5.5 months in the Nexavar group, versus just 2.8 months in the placebo group.

The finds were so positive that the study was terminated early.

“We recommended ending the trial early because of survival advantages favoring the sorafenib group,” said Llovet.

It was found that side effects were similar in the two groups, the most common one being diarrhea, skin reactions, fatigue and bleeding.

“Sorafenib was well tolerated with manageable side effects,” said Llovet.

Now, this second study that was presented on Monday at the cancer meeting also offered a bit of good news for colorectal cancer patients.

When chemotherapy was given both before and after surgery to remove liver metastases in colorectal cancer patients, the risk of the liver tumor recurring was reduced almost 30 percent.

“A few years ago, we had only palliation to offer these patients and survival lasted no longer than six months,” said Dr. Bernard Nordlinger, lead author of the study and chairman of surgery and oncology at Ambroise Pare Hospital in Paris. “This treatment should be proposed as a new standard for these patients.”

Up to half of people diagnosed with colorectal cancer will see their cancer spread to the liver. Liver tumors are removed when possible, but only 30 percent to 35 percent of patients who have liver metastases survive five years after surgery.