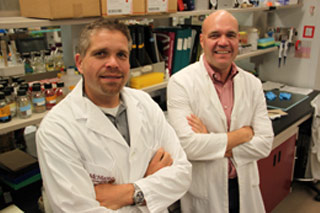 More often than not, the effects of antibiotics are outsmarted by bacterial resistance. McMaster scientists reveal that this resistance apparently began 30,000 years ago.

The outcomes of this analysis show that antibiotic resistance is a natural process occurring even before recent clinical antibiotic use. After many researches examining bacterial DNA obtained from iced earth in 30,000-year-old permafrost from the Yukon, the investigators were successful in separating it. Techniques to test tiny parts of primal DNA were developed by utilizing advanced molecular biological techniques.

Gerry Wright, scientific director of the Michael G. DeGroote Institute for Infectious Disease Research, commented, “Antibiotic resistance is seen as a current problem and the fact that antibiotics are becoming less effective because of resistance spreading in hospitals is a known fact. The big question is where does all of this resistance come from?”

Researchers found that antibiotic resistant genes were seemingly prevalent near encrypted DNA for early life mammoths, horse and bison along with plants that were present in the same place during the Pleistocene era. They objectively analyzed a particular region of antibiotic resistance of the drug vancomycin. This was a prominent clinical issue in the 1980s and is still linked to spread of hospital-acquired infections in many countries.

Researcher Brain Golding clarified that these genes were supposedly present in the permafrost at depths running parallel to the age of other DNA such as mammoth. He found that these were not modern but were a portion of the same family tree. The team then produced the gene product in the lab, followed by purification of the protein and presented that the activities and structure it had back then looked similar to present day reactions.

This is touted to be the second primitive protein recreated in a laboratory. According to Wright, this process may help in providing an insight into antibiotic resistance. He added that antibiotics being an area of natural ecology of the planet, they are presumably prone to resistance. Microorganisms appear to have their own technique of dealing with them even before mankind began to use them. He concluded that this finding has paved way for olden antibiotic resistance research.