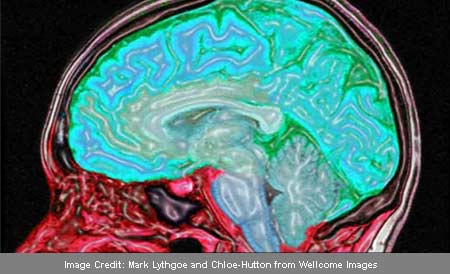 We usually encounter anger pangs, being acquainted with the reason behind it could help in anger management to some extent. A study conducted by analysts from the University of Cambridge has disclosed that alterations of serotonin proportions apparently influence certain brain portions that allow people to control anger.

These alterations in the serotonin levels take place when a person has not eaten or is feeling stressed. This analysis basically reveals why some people are more susceptible to aggression than the others.

As a part of the study, serotonin levels of healthy participants were modified by changing their diet. During the day when the levels showed decline, they were made to consume a cocktail of amino acids devoid of tryptophan that is touted to be the building block of serotonin. On the day when placebo was to be given, they were again exposed to the same substance but with natural amounts of tryptophan.

The team then analyzed the fMRI brain scans of subjects as they watched angry, sad and neutral faces. They were able to precisely calculate how varied parts of the brain interact and respond as the individuals saw the angry expression relative to the sad or neutral faces.

Dr Molly Crockett, co-first author who worked on the research while a PhD student at Cambridge’s Behavioural and Clinical Neuroscience Institute remarked, “We’ve known for decades that serotonin plays a key role in aggression, but it’s only very recently that we’ve had the technology to look into the brain and examine just how serotonin helps us regulate our emotional impulses. By combining a long tradition in behavioral research with new technology, we were finally able to uncover a mechanism for how serotonin might influence aggression.”

A survey was also conducted to gauge participants who seem to have a normal tendency to aggression. It was found that, in these subjects the interaction between the amygdala and the prefrontal cortex was presumably very poor after serotonin deprivation. Weak communications suggest that it is more difficult for the prefrontal cortex to inhibit feelings of anger that are created in the amygdala when the amounts of serotonin are less. Therefore, these participants who were disposed to aggression supposedly show increased reactivity to alterations in serotonin declination.

These findings will pave the path to improve diagnosis of individuals with issues like IED who are more prone to aggression and other psychiatric disorders where violence is usually involved. The study is published in the journal Biological Psychiatry.