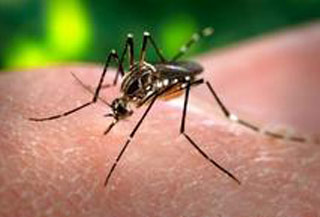 A single scan through news channels suggests that dengue cases are rising. It is supposedly the most common disease caused by mosquitoes after malaria. As an important step towards remedial measures, a team from the Oxford University has discovered 2 gene variants that are presumably linked to increased susceptibility to acute dengue.

The revelation provides an insight on the body’s responses to dengue affliction. Earlier studies have shown that some people are more vulnerable to dengue. In order to test this hypothesis, the investigators undertook an extensive study that pitted the genetics of children with severe dengue against a control group. Firstly, they drew a comparison between 2,008 patients and 2,018 controls. A subsequent study comprising 1,737 cases and 2,934 controls was conducted too.

Professor Cameron Simmons, senior author of the study from the Oxford University Clinical Research Unit in Vietnam, remarked, “Dengue is a potentially life-threatening disease. Our study confirms epidemiological evidence that some people are naturally more susceptible to severe forms of the disease than others. Our findings offer tantalising clues as to why this should be the case and open up new avenues for us to explore to help us understand the disease.”

The analysts spotted alterations in the DNA encryption inside 2 genes that seemed to elevate a child’s chances of succumbing to dengue shock syndrome. The 2 genes were namely MICB on chromosome 6 and PLCE1 on chromosome 10.

Experts believe that MICB contributes to the body’s immune mechanism and therefore a variant of this gene could influence particular kinds of immune cells that play a vital role in resisting viral attacks. When these cells do not work, the capacity of the body to dispose the infection is apparently damaged. Also, the scientists are of the opinion that certain variants of PLCE1 may expose a person to blood vessel leakage which is the highlight of dengue shock syndrome.

The research is published in the journal, Nature Genetics.