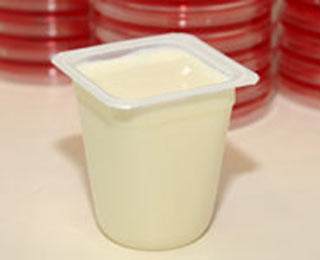 Probiotics are tiny organisms that help sustain the normal balance of microbes in the intestine. However, scientists have not been clear on the mechanism of probiotics in the body. This research by experts from the University of Bristol has unleashed a scientific design for a probiotic that may be used for the treatment of inflammatory bowel disease (IBD) like Crohn’s disease.

Commonly used probiotics include Lactobacillus and Bifidobacterium which are lactic acid bacteria. Though they are known to help in warding off the disease to an extent, the proof of their efficacy is rare. This could be because increased iron levels during active IBD apparently prohibit the development of bacteria inclusive of Lactobacillus.

The levels of iron in the intestine when a person encounters stress, inflammation, bleeding, and while taking iron supplements tend to increase. Lactic acid bacteria do not require iron for their growth and so even high levels of the same do not help in their growth rates.

Dr Tristan Cogan, Research Fellow in the School of Veterinary Sciences commented, “When we started our study we considered the properties that a probiotic would need to treat IBD. Most importantly, it would need to be able to survive and grow in the presence of high levels of iron and to reduce inflammation. We then worked out how to test bacteria to see whether it had these properties.”

Cogan added that locating a bacterium that has protective attributes was challenging and the probiotic has to be examined in further trials. According to the researchers, many probiotic strains of lactic acid do not seem to show responsiveness to raised iron levels.

The strain uncovered in this study seemingly had probiotic and immunomodulatory traits and may also create pro-inflammatory responses to infectious agents linked to IBD. The team concludes that iron response is one factor responsible for the ineffectiveness of probiotics. Therefore, this bacterium may lead to new treatments for active intestinal disease.

The analysis namely, ‘Identification and characterisation of an iron-responsive candidate probiotic’, is published in the journal PloS ONE.