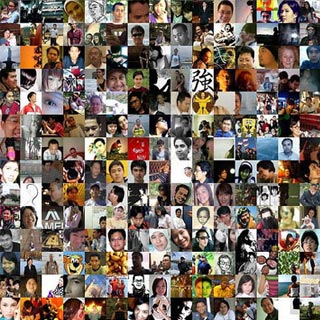 Social butterflies boosting of a multitude of friends on Facebook may be flattered in case they believe what this tidbit suggests. In an interesting study by experts from the University College London, a direct correlation between number of Facebook friends and size of specific areas of the brain has been disclosed.

However, the relationship is not causal, the team says. It cannot be affirmed if larger brain portions could be attributed to many friends on Facebook. The report also states that more friends a person has on Facebook, greater could be the number of friends in reality.

Professor Geraint Rees, a Wellcome Trust Senior Clinical Research Fellow at UCL, cited, “Online social networks are massively influential, yet we understand very little about the impact they have on our brains. This has led to a lot of unsupported speculation the internet is somehow bad for us. Our study will help us begin to understand how our interactions with the world are mediated through social networks. This should allow us to start asking intelligent questions about the relationship between the internet and the brain – scientific questions, not political ones.”

The study involved analysis of 125 university students who were actively engaged in Facebook. A comparison was drawn between a person’s online friends and real world friends. The investigators found that more number of friends a person had on Facebook, the higher appeared to be the proportion of grey matter in the brain.

The regions of the brain that showed the effect were namely the right superior temporal sulcus , the left middle temporal gyrus ,the right entorhinal cortex and the amygdala that had a link with web networks and not real-world groups. These locations of the brain are associated with processing, memory and emotional responses.

One question that seems to be staring hard at scientists is whether these structures undergo alterations over time. Can the internet change our brains? The analysis is published in the journal, Proceedings of the Royal Society B.