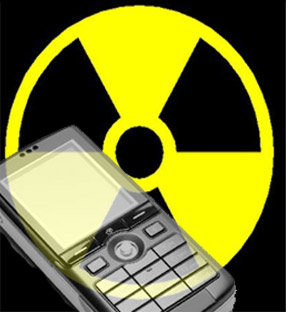 A number of studies have been conducted to explain the side-effects of using mobile phones. The latest one says that the radiations emitted from phones cause headaches and could also interrupt one’s sleep patterns.

Older studies have found that excessive mobile phone usage can increase mouth cancer risk and can even cause tumors. Then later, studies showed that mobile phones are safe for short-term. Another study even proved that cell phone related headaches are all in the mind.

Regarding the latest cell phone study, the researchers from Wayne State University and Sweden’s Karolinska Institute say that participants who were exposed to radiation from mobile phones during the study were found to experience headaches, change of moods, confusion and trouble in sleeping.

The researchers reported their findings in MET’s Progress in Electromagnetics Research Symposium (PIERS), saying that the symptoms of mobile phone radiation were observed in 38 of the 71 study participants.

“The study indicates that during laboratory exposure to 885MHz wireless signals, components of sleep, believed to be important for recovery from daily wear and tear, area adversely affected,” the researchers were quoted as saying.

“Moreover, participants that otherwise have no self-reported symptoms related to mobile phone use appear to have more headaches during the actual radiofrequency exposure as compared to sham exposure,” they added.

They also said that mobile phone radiation extended the period of time it took for participants to fall asleep.

“Under the radio frequency exposure condition, participants exhibited a longer latency to deep sleep,” they said.

The study was funded by the Mobile Manufacturers Forum (MMF) which is made up of mobile phone giants Nokia and Motorola. However, a Forum spokesperson said that the results were generally inconclusive and the researchers did not claim that exposure caused sleep disturbance.

Meanwhile, lead researcher of the study Bengt Arnetz said that mobile phone radiation decreased the participants’ ability to wind down and fall off to sleep.

“We did find an effect from mobile phones from exposure scenarios that were realistic,” professor Arnetz was quoted as saying.