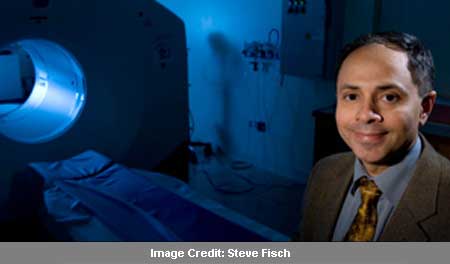 Cancer is one terrain that brings sad as well as good news each time, but both which are equally vital for winning the battle against this morbid disease. In what looks like the former, scientists from the Stanford University School of Medicine have disclosed that tumors seemingly develop for a span of 10 years or longer before they become diagnosable by blood tests used presently.

The team created a model using mathematical aspects primarily to indicate the amount of medicine injected in the blood. These factors were then associated with other prototypes of tumorous growth. Certain biomarkers are made principally by the tumor, and therefore can be gauged in the blood as proxies for cancer.

CA125 apparently serves as a biomarker for ovarian cancer which is also generated in meager amounts by healthy tissues further dampening the avenues for early cancer detection. Notably, tumors are known to shed some molecules into the ambient tissue from where the biomarkers enter the bloodstream.

Considering the aforesaid facet of tumors, the scientists designed a model that gauged the swiftness of tumor growth, amount of biomarkers a cancerous cell sheds every hour and the least proportion of biomarker existing in the blood to be noticeable by assays. The same principle was followed in the ovarian biomarker CA125 which is specifically composed by ovarian tumor cells.

“The study’s results can be viewed as both bad and good news,” commented Sanjiv ‘Sam’ Gambhir, MD, PhD, professor and chair of radiology and the study’s senior author. (Sharon Hori, PhD, a postdoctoral scholar in Gambhir’s laboratory, is the lead author.)

The researchers applied their equations to CA125 and found that the tumor ought to be the size of nearly a mesh of 1.7 billion cells or the volume of a cube with almost 2cm edge to be recognized by the test for ovarian cancer. As per normal cancer progression rate, the tumor may take about 10.1 years to 12.6 years to develop entirely.

In cases where ovarian tumor cells shed only CA125, the tumors could be identified within 7.7 years when it is approximately of the size of a tiny cube as high as one sixth of an inch. This research essentially unfolded that detecting better biomarkers especially those that are synthesized exclusively by tumor cells, could hold the key to early cancer diagnosis and reduce the detection time to 9 years.