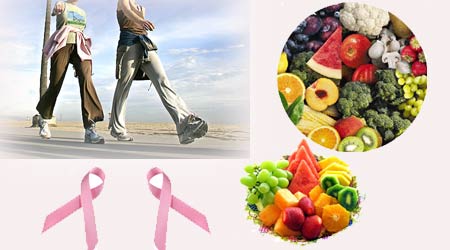 Now it’s an old saying that regular exercise and proper diet is beneficial to health. The new saying would be more exercise and a balanced diet helps in turning off cancer genes.

The study led by Dean Ornish from the University of California, San Francisco, US, involving 30 men with early-stage prostate cancer showed that favourable changes in lifestyle have a vital impact over gene expression in the prostate.
The close study of the biopsies from patients, taken before and after 3 months of healthy eating, moderate exercise, stress management and psychotherapy, showed a significant change in the expression of hundreds of genes.

A study conducted in 2005 Ornish and his team displayed how changes in diet and lifestyle brought about a reduction in prostate cancer cells and also helped in slowing its progression.

“Now we are starting to understand some of the genetic mechanisms by which these changes may exert such a powerful outcome,” New Scientist quoted Ornish, as saying.

“Two prominent cancer-causing genes called RAN and Shoc2, which were suppressed by the lifestyle changes, are found in most kinds of tumors, including breast and colon cancer,” he added.

Here’s again one more study that concludes the benefits of a healthy diet and exercise. The study appears in Proceedings of the National Academy of Sciences.