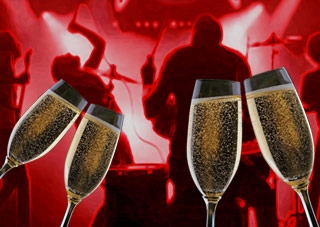 Apparently, the bars with loud music on are not aware that they are causing a serious drinking problem in their visitors. Or is it that they manipulate with music and visitors for higher drinking bills?

Confused of what is being talked about? Well, you will be surprised to know that the loud music played in bars can make you drink more in less time. This report comes from a study conducted by Université de Bretagne-Sud in France conducted by Nicolas Guéguen, a professor of behavioral sciences and colleagues.

According to Guéguen earlier researchers did show that fast music can lead to fast drinking and “that music versus no music can cause a person to spend more time in a bar.” However, “This is the first time that an experimental approach in a real context found the effects of loud music on alcohol consumption,” explains the professor.

The experiment was conducted by the researchers in two bars for three Saturdays. The bars are located in a ‘medium-sized’ city situated in the west of France. During the experiment the researchers discretely visited the bars and with the permission of the bar owners, the sound levels of music was randomly manipulated and selected participants were observed without the participant’s knowledge.

It was found that the high decibels of sound let to increase in drinking within a less amount of time.

The researchers have two hypothesis to explain the findings – “One, in agreement with previous research on music, food and drink, high sound levels may have caused higher arousal, which led the subjects to drink faster and to order more drinks,” said Guéguen. “Two, loud music may have had a negative effect on social interaction in the bar, so that patrons drank more because they talked less.”

“We have shown that environmental music played in a bar is associated with an increase in drinking,” he said. “We need to encourage bar owners to play music at more of a moderate level … and make consumers aware that loud music can influence their alcohol consumption.”

Drinking is a big cause of worry because in France, chronic drinking claims more than 70,000 lives plus major, fatal car accidents have been linked to alcohol.