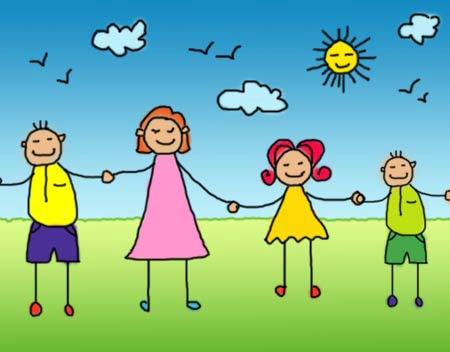 What’s in a name? Well, this short phrase implicated mostly in literature could be remotely associated in medical science too, as scientists from the Association for Psychological Science (APS) have disclosed that a rose apparently remains a rose even if its name has changed, with regards to children.

In the analysis, preschoolers and undergraduates were exposed to 2 images of imaginary creatures. The subjects were enlightened on various body parts of the animals including the flurp and the jalet. In the training sessions, the participants were shown how the aforesaid parts appeared.

The volunteers were then asked to find the missing link in the images when the investigators modified certain features of the animals. When the head and name were consistent, both kids and adults fared well. But, when the name was not in sync with the head, the latter considered the title while the former observed the head to find the answer.

“For the last 30 to 40 years it has been believed that even for very young children, labels are category markers, as they are for adults,” explained psychologist Vladimir M. Sloutsky, who authored the paper with Ohio State University colleague Wei Deng.

This implied that as far as kids are concerned, a thing comprising a jalet’s head is a jalet, regardless of the name it arrives with. To affirm the outcomes further, the creatures were named carrot-eater and meat-eater, but there were no changes in the results.

The scientists believed that these findings could provide an insight on the avenues for communicating with children. They urge guardians to do much more than simply labeling things while interacting with children.