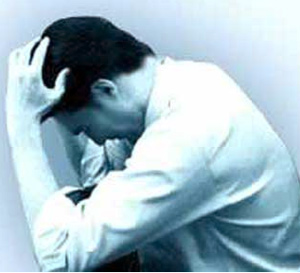 A new study has shown that anxiety could increase the risk of heart attacks in aging men.

During the study which spanned over 12 years, it was found that anxious men were 30% to 40% more likely than calmer men to have a heart attack, regardless of other physical or personality risk factors.

The study involved around 735 men from Boston, and when the study began, the men were 60 years old, on an average, and had no history whatsoever of any coronary disease or even diabetes for that matter.

For this study, the men completed personality surveys that gauged their anxiety, anger, depression, hostility, type A behavior and various other negative emotions.

Further, they received blood pressure tests, provided their blood samples, reported their alcohol and cigarette use, and noted other facts about themselves like marital statis and years of education.

After twelve years, the study group had undergone 75 heart attacks, 11 of which were fatal. This was as per a cardiologists’ review of hospital records about any potential heart attacks.

In fact, high anxiety scores on the personality tests predicted which men had heart attacks, barring other factors such as the men’s age, cholesterol levels, marital status, education and body mass index.

The researchers included Biing-Jiun Shen, PhD of the psychology department at the University of Southern California in Los Angeles.

The researchers wrote, “Anxiety-prone disposition appear to be a robust and independent risk factor of myocardial infarction (heart attack) among older men.

Shen’s team noted that it is not yet clear if the findings could apply to women. For this, more research is required to understand the relationship between anxiety and men’s heart attacks.