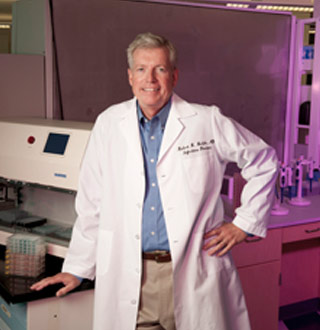 Although HSV-2 is often considered responsible for genital herpes in women, it is being argued that herpes simplex virus type 1 also plays a role in such cases. But the testing of a new investigational vaccine offers hope that women can be protected from genital herpes caused due to HSV-1.

Developed by GlaxoSmithKline, the clinical trial of this investigative vaccine, tested against a hepatitis A control vaccine, was conducted at 50 sites over the U.S. and Canada, including the University of Iowa Health Care, Saint Louis University, and more.

The study spanned over a few years and included over 8,323 women from the age group 18 to 30 who were free of any HSV infection when this analysis began. Currently, there is no effective cure or approved vaccine against this infection. Also, the virus does not have a cure or vaccine.

“There is some very good news in our findings. We were partially successful against half of the equation –protecting women from genital disease caused by HSV-1,” said Robert Belshe, MD, director of the Saint Louis University Center for Vaccine Development and lead author of the study.

Usually, it the second type of virus which causes genital infection, while type 1 affects areas like the mouth and lips by causing sores. But the team involved in this study observed that the first type has also started causing genital lesions and blisters. The result of this investigation apparently shows that there was partial success in terms of protection of genital disease caused by HSV-1 in half the subjects. However, the vaccine provided no defense against HSV type 2.

The findings of this study are published in the New England Journal of Medicine.