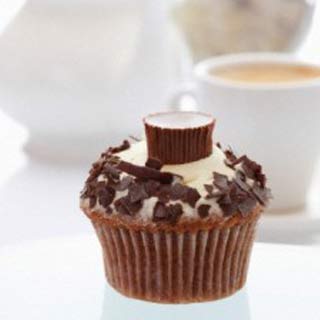 Motivated dieters aiming to lose weight seem to stay away from cakes and cookies. A surprising study by experts at the Tel Aviv University has disclosed that dessert if combined with a balanced breakfast comprising proteins and carbohydrates seemingly helped in losing more weight and sustain it in the long run.

In the trial, nearly 193 clinically obese and non-diabetic individuals were assigned to 2 different forms of breakfast. While men were exposed to 1600 calories per day, women consumed 1400 calories. The first group received a low-carb diet which comprised a small 300-calorie breakfast. Contrarily, the second set was provided a 600-calorie breakfast that was high in carbohydrates and protein along with a dessert item such as chocolate.

“They key is to indulge in the morning, when the body’s metabolism is at its most active and we are better able to work off the extra calories throughout the day,” cited Prof. Daniela Jakubowicz, Dr. Julio Wainstein and Dr. Mona Boaz of Tel Aviv University’sSackler Faculty of Medicine.

As per the outcomes, participants who consumed the 600-calorie breakfast including the dessert apparently lost 40lbs more than their counterparts who indulged in low calorie food. Though, persons on a low-calorie diet shed weight initially, they were not able to maintain the lost pounds for long and regained more mass. However, the team exposed to high-calorie breakfast appeared to lose further 15lbs.

The team asserted that a high-calorie diet during breakfast looks realistic as it activates body function and reduces cravings. Those on a low-calorie diet seemed to be dissatisfied in the study as they did not feel full after eating. This tempted them to consume more food at a later stage that increased their weight.

Curbing temptations could be better than experiencing deprivation for attaining weight loss, the scientists concluded.

Medical Images can now be seen via Cell Phones: Research