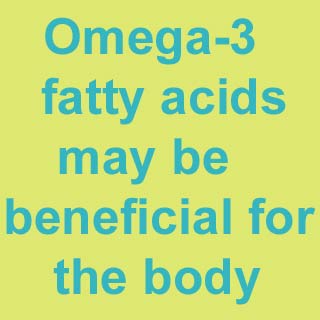 Many studies have unleashed the importance of fish oil in preventing cognitive decline. Another study conducted by scientists as part of the Zucker Hillside Hospital’s Recognition and Prevention (RAP) Program, has shown that omega-3 fatty acids found in fish oil apparently prohibits psychological disorders.

In this randomized double blind trial, about 300 young adults in the age-group of 12 to 25, were incorporated. The youth is usually considered to be the at-risk group for psychiatric conditions. Professionals wished to know if omega-3 fatty acids could enhance functioning at school, work and other social scenarios for young adults.

“Of the 300 adolescents who have participated in the RAP Program, most have shown substantial improvement. If this study continues to show success, Omega-3 could offer a natural alternative to the range of medications and therapies now offered to RAP participants. Ultimately, the goal of the RAP Program is to intervene and prevent illness before symptoms get worse,” commented Barbara Cornblatt, Ph.D., director of the Recognition and Prevention (RAP) Program and investigator at The Feinstein Institute for Medical Research.

In a trial to be conducted some time later, subjects will be assigned to 2 groups of omega-3 supplementation and placebo. After a span of 6 months, their symptoms and functioning will be gauged. The team is of the opinion that omega-3 fatty acid could serve as an alternative form of therapy for individuals who are at risk of psychological disorders.

Omega−3 fatty acids, commonly found in fish and other plant oils, are polyunsaturated fatty acids that have been associated with a range of health benefits.