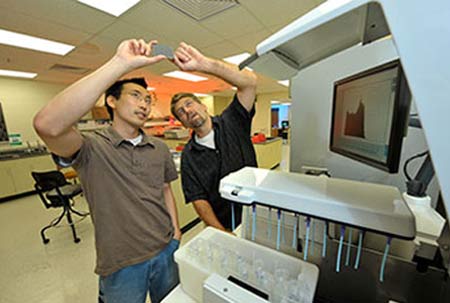 Considering the common status of malaria infections, new strategies to combat them are duly welcome. A team at the University of Notre Dame has created a gene chip that apparently detects malaria drug resistance.

The medical fraternity and human beings cannot afford to lose the drug derived from Artemisinin, which has recently fallen prey to resistant malarial parasite. For this trial, the scientists used the gene chip to conduct an extensive genetic analysis of malaria specimens. The scientists believed that this chip could examine nearly 7,000 useful single nucleotide polymorphisms (SNPs) spread out evenly over the pathogen’s genome.

“For past drugs, most notably chloroquine, discovery of mutations causing resistance and an understanding of how resistance arose and spread has been ‘retrospective’: too late to do any good, after the drug has already failed. We can use our novel method to see resistance as it is emerging, respond in real time and modify strategies to save a drug, such as protecting it with new formulations and combinations tailored to the specific location of emergence,” commented Notre Dame’s Michael Ferdig, associate professor of biological sciences.

With this approach, the team gained an insight on resistance mechanisms and stumbled upon biomarkers for the same. This will provide a fair idea of adjusting artemisinin use possibly by altering the compositions of partner medications. Thus, the speed of malarial resistance could be regulated and controlled in the process.

The findings are published in the latest edition of the journal, Science.