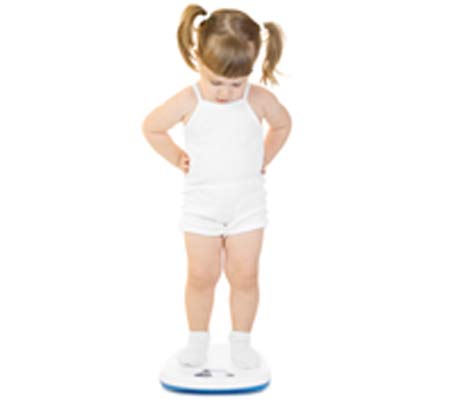 Stopping those chubby little kids from relishing that piece of cake can indeed be difficult for parents. However, childhood obesity may be prevented by consuming about 64 calories less per day, claim scientists from the Columbia University.

This target is achievable by lowering calorie intake, more physical exertion or by adherence to both. Shockingly, the team cited that failure to achieve this kind of lifestyle may boost the obesity epidemic among young kids and teens.

Y. Claire Wang, MD, ScD, assistant professor of Health Policy and Management at Columbia University’s Mailman School of Public Health and lead author of the study, commented, “Sixty-four calories may not sound like much individually, but it’s quite a consequential number at the population level, and children at greatest risk for obesity face an even larger barrier.”

Basically, the idea is to watch the number of calories consumed and the proportion which is shed. In case of kids who are already obese, pushing them towards the path of treatment could be a tough row to hoe. Thus, preventing obesity in the first place holds the key, the team added. They asserted that policy and environmental modifications could have a long-term effect on childhood obesity.

Some of the steps that can be taken on this front include curbing sale of sugary drinks in schools, using water instead. Introducing en extensive physical training schedule in learning institutions is also one of the ways. Lastly, involvement in activities after school hours could help kids reach their goal faster.

The report is published in the American Journal of Preventive Medicine.