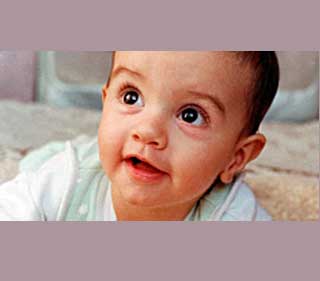 Isn’t it ironical that something perceived as a threat to public health is now showing up its positive facet? Microbes breed in dirt and are usually alleged to cause a variety of illnesses. Contradicting this stance, scientists at the University of Copenhagen have put forth that if infants are exposed to different kinds of bacteria, they are seemingly less vulnerable to allergic diseases later in life.

The analysis constituted nearly 400 children where a direct correlation between the number of different types of bacteria existing in their rectums and the chances of encountering allergic diseases later in life, came to light. These kids had mothers who were suffering from asthma and were examined from the time the children were born 12 years back. The survey is part of the Copenhagen Prospective Studies on Asthma in Childhood (COPSAC).

“Reduced diversity of the intestinal microbiota during infancy was associated with increased risk of allergic disease at school age. But if there was considerable diversity, the risk was reduced, and the greater the variation, the lower the risk,” commented Professor Hans Bisgaard, consultant at Gentofte Hospital, head of the Copenhagen Prospective Studies on Asthma in Childhood, and professor of children’s diseases at the Faculty of Health Sciences, University of Copenhagen.

The team emphasizes that there has not been a single allergy bacteria. When an infant is born vaginally it faces exposure to the first bacteria present in the mother’s rectum. Again, babies that are born by caesarean section experience an entirely distinct class of bacteria that has less variety. This could be 1 reason why children born by caesarean section develop allergies.

The results show that there is apparently no allergic link to staphylococci and coli bacteria too. The investigators believe that encountering different sorts of bacteria during an initial stage of life helps the immune system be influenced by the bacteria. This phase is however, short and ends after a couple of months following a child’s birth. Initial studies related to asthma and hay fever showed similar results too.

Professor Bisgaard concludes that these findings could be linked to other modern diseases such as obesity and diabetes as well. The study is published in the Journal of allergy and clinical immunology.

People with severe H1N1 seem to be more prone for pulmonary...