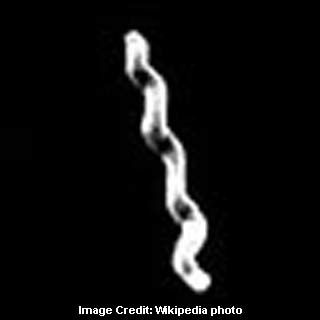 Garlic is a well-known home remedy for many conditions, which makes this report quite believable. A research conducted by scientists at the Washington State University has shown that garlic compound could help treat food-related illnesses.

Not many of us know of a pathogen called Campylobacter bacterium, which is one of the principal causes of intestinal diseases. It could lead to a condition called Guillain-Barré syndrome, which is a rare disorder related to paralysis.

“Campylobacter is simply the most common bacterial cause of food-borne illness in the United States and probably the world. Some 2.4 million Americans are affected every year, according to the U.S. Centers for Disease Control and Prevention, with symptoms including diarrhea, cramping, abdominal pain and fever,” commented Michael Konkel, a co-author who has been researching Campylobacter jejuni for 25 years.

A compound derived from garlic known as diallyl sulfide was tested in the trial. A watery biofilm guarding the aforesaid bacteria generally makes them 1,000 folds more resistant to medications and antibiotics, as compared to free-floating microbes.

According to what was observed, the garlic-derived compound apparently seeped into the shielding biofilm and destroyed the bacteria. A sulfur-containing enzyme came into play that paired up with the compound to push the bacterial cells to death.

Diallyl sulfide appeared to be 100 times more effective than the presently used medications like ciprofloxacin or erythromycin in treating food-borne conditions. Moreover, it worked in a stipulated time frame. However, this analysis mentioned in the Journal of Antimicrobial Chemotherapy, showed that it is unlikely for garlic to prohibit food poisoning due to the Campylobacter bacterium.

Nevertheless, it could serve as a preservative for many packaged foods available over the counter. It may also reduce the proliferation of the bacterium in food processing utensils and surfaces.

Ocular shingles could be associated with augmented stroke threat