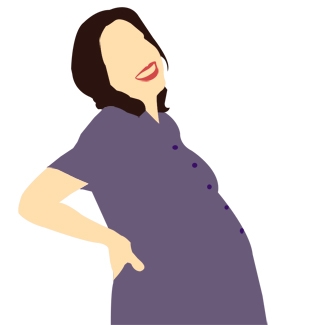 A University of California, Berkley study has found that Californian women qualifying for a pregnancy leave actually do not use their leave!

“What struck us most is that so few women do think about taking leave,” said the study’s lead author, Sylvia Guendelman, a professor of maternal and child health in UC Berkeley’s School of Public Health. “And when they do, it’s because they have to, not because they want to.”

This means, most of the time only those pregnant women who suffer from physical discomfort, stress and fatigue think of enjoying their leave benefits, although the state of California is one of the five states that offers paid pregnancy leave.

Another study by the same team of researchers from University of California, Berkley shows that women who took leave before giving births were four times less likely to have a primary C-section.

The reports were a part of Juggling Work and Life During Pregnancy study and led by Guendelman.

The data and statistics of women in the state were taken by phone interviews after an average 4.5 months after delivery. It was found that women who took less than six weeks of maternity leave had increased of failure to establish breast feeding by 4 times than the women who took at least six to twelve weeks of maternity leave. And as per the American Academy of Pediatrics (AAP), it is recommended to breastfeed baby for atleast an year, especially for the first four to six months of the baby’s life.

These studies suggest working mothers to make a smart move and opt for the pregnancy leave for easy delivery and post-delivery life. Especially since America does not have a culture where mothers take rest before the baby is born, these studies hold more value, points the researcher.