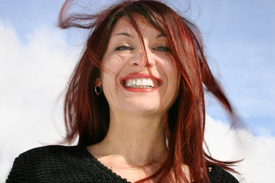 Everybody remembers Bobby McFerrin’s famous song, “Don’t worry, be happy”. But what Bobby probably didn’t realize at the time, was that he might have been helping people to live longer. According to new research, positive emotions experienced early in life are directly proportional to age – the happier a person is, the longer he lives.

Research was conducted at the University of Kentucky and the results were published in the recent edition of the Journal of Personality and Social Psychology. The study suggests that the more optimistic a person is during his early years, the better are his chances of outliving his more pessimistic peers.

The participants were nuns from the School Sisters of Notre Dame who were studied for a period of two years. Incidentally, the participants had written a short autobiography when entering the congregation. These biographies written when the average age of the nuns was 22 years were analyzed to predict their longevity almost six decades later. The sisters were also made to fill out a psychological test – MMPI and the scores on that scale were correlated with their age.

The results of the study suggested that individuals who had written optimistic autobiographies also tended to score higher on the MMPI and on an average lived longer than their counterparts who had been more pessimistic. The analysis showed that sisters who had used words like “joy”, “love” and “hopeful” in their essays were likely to outlive their peers by almost ten years.

Though the study may be limited by the fact that the participants were all of a similar background and individual variation in lifestyle was virtually absent, the results cannot be discounted. The incidence of debilitating diseases like Alzheimer’s, were also found to be lesser in the happier nuns. Since the predisposition to Alzheimer’s disease is genetic, optimism might have a large role to play in its prevention.

If the results of this study hold true, then being happy is the least we can do for a healthier and longer life.