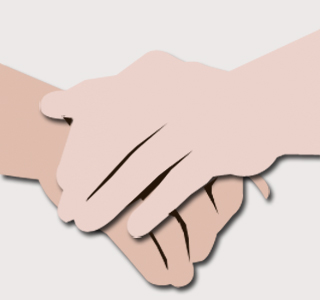 Patients suffering from cancer, usually as a result of various treatments, experience a number of side effects. Often while receiving radiation treatments, patients have reported to have experienced a feeling of nausea. Thus, to overcome or reduce this feeling to a certain extent, wearing acupressure wrist bands were found to be helpful. This discovery was made by the experts from the University of Rochester Medical Center.

The wrist is said to be one of the main points of nausea according to the Chinese acupuncture medicine. Thus, applying pressure on certain points of the wrist is believed to be helpful in triggering the flow of universal chi energy.

Wrist bands are believed to be included in the list of economical and safe medications used for reducing nausea in patients post their radiation treatments. More so, the study investigators have stated that these acupressure wrist bands may be helpful to the patients by reducing their feeling of nausea post radiation treatment, by as much as 25 percent!

Study author, Joseph A. Roscoe, PhD, research associate professor, James P. Wilmot Cancer Center, University of Rochester Medical Center, says that, “We know the placebo effect exists, the problem is that we don’t know how to measure it very well. In this study we attempted to manipulate the information we gave to patients, to see if their expectations about nausea could be changed. As it turned out, our information to change people’s expectations had no effect – but we still found that the wristbands reduce nausea symptoms.”

This observation was made by analyzing more than 80 subjects suffering from cancer. All of these subjects were believed to have reported a feeling of nausea following their radiation treatments. These subjects were apparently categorized into three groups. The patients in the first group were supposedly not provided with wristbands, and they served as controls in the study. On the other hand, the remaining patients that were provided with wristbands were divided into two groups. Here, one group was provided with a leaflet which stated that a previously conducted study had found that wristbands may aid in reducing nausea in cancer patients. Other than this, the leaflet was also believed to include data indicating that the people wearing this band had experienced a decrease in their feeling of nausea. While the last group was also handed over a leaflet, unlike the previous group they were only provided with neutral data.

The study investigators noted that there was more than 23 percent decrease in nausea in the patients who wore wristbands, as compared to almost 5 percent decrease noticed in the subjects in the control group. Having said this, no difference was apparently noticed between both the latter groups of subjects wearing wristbands.

Roscoe elucidates that, “Some of our body’s feelings and sensations are ambiguous and subject to interpretation. Your mind cannot make a blister go away, or reduce hair loss, but it can interpret ambiguous abdominal sensations and decide how much nausea they represent, based on our expectations.”

This study has been presented in the Journal of Pain and Symptom Management.