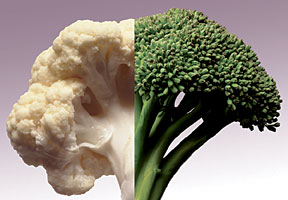 Researchers in New Zealand have discovered compounds in certain vegetables that have the ability to kill cancer cells that are resistant to other treatments.

The study conducted by researchers at Christchurch School of Medicine revealed that cruciferous vegetables like broccoli, cauliflower, brussel sprouts, cabbage, watercress, bok choy, radishes, turnips, and kale contain certain anti-cancer compounds. These vegetables contain more phytochemicals that may strengthen the immune system and thereby help the body to build resistance against viruses and diseases than any other known food. Cruciferous vegetables are rich in the antioxidant vitamins C, E, and beta-carotene, and are a good source of dietary fiber.

According to Mark Hampton, the study’s team leader, a protein called Bcl-2 makes human cells resistant to the normal cell-suicide process, which removes damaged cells from the body.

He said cancer cells with a lot of Bcl-2 also have increased resistance to chemotherapy drugs, however he continued that compounds called isothiocyanates found in the cruciferous family make the cells more susceptible to treatment.

The Christchurch School of Medicine research team said the next step is to find out how the compounds work inside the cell to negate the power of the protein.

Hampton said they could use that information to design new drugs against cancer.