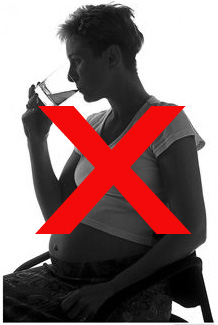 A new study conducted by researchers at the Queen’s University in Kingston, Ontario, has revealed that pregnant women who have an alcohol intake during their pregnancy months, could probably give birth to children who have unsatisfactory eye movements. These children are prone to commit directional errors, when asked to view a stimulus, or look away from the stimulus.

Further on, the researchers stated that such children also require a longer reaction time, as compared to normal children.