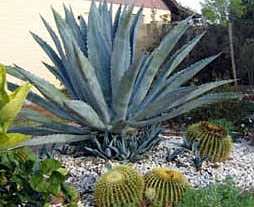 Scientists have revealed that compounds found in the alcoholic drink tequila could be used to effectively treat various colon diseases.

Although the alcoholic drink is usually associated with causing upset stomachs, rather than curing them, researchers now believe that the raw ingredient used to make tequila could be used to help develop new drugs to fight conditions such as colon cancer, Crohn’s disease and irritable bowel syndrome.

Chemists at Mexico’s University of Guadalajara have found that compounds derived from the blue agave fruit, which is used to make tequila, could be used as natural carriers to deliver drugs to the colon in a more effective way than existing treatments.

The results of early laboratory tests, presented at the latest meeting of the American Chemical Society in Chicago, form part of efforts to develop new drugs which are able to withstand being destroyed by stomach acids.

Scientists hope to identify new carrier compounds which can successfully transfer drugs to the intestine, where they can be absorbed before they are broken down in the stomach.

Researchers say that the tequila compounds they have developed – a class of polysaccharides known as fructans – may allow more of the drugs they carry to reach the colon intact because they are able to resist destruction more effectively than other carriers.

Leader of the research, Guillermo Toriz, said: “This study shows that the agave fruit is good for more than just tequila. It also has medicinal value.

“Agave fructan is the ideal natural carrier of drugs for the colon.”

News of the discovery follows additional research presented at the Chicago conference which suggests that a natural antioxidant found in blueberries could be used to help prevent colon cancer.