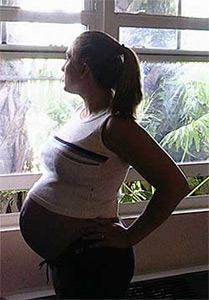 Extra vitamin supplements can reduce the risk of having an underweight or undersized baby. Thus, all pregnant women in developing countries should get them, researchers have said.

But the team, reporting in the New England Journal of Medicine, said the supplements did not lower the likelihood of premature birth or losing the fetus before birth.

The study, conducted in Dar es Salaam, Tanzania, involved 8,468 pregnant women who were free of the AIDS virus and who received iron and folic acid supplements, both proven prenatal treatments. Half were given supplements containing vitamins C, E and a mix of B vitamins. The rest got placebos.

The fetal death rate stayed around 5 percent and the rate of premature delivery was nearly 17 percent regardless of whether mothers got the vitamins, the team, led by Wafaie Fawzi of Harvard University’s School of Public Health, reported.

But the risk of having a low birth-weight baby dropped from 9.4 percent among the placebo recipients to 7.8 percent for the babies whose mothers took the supplements.

“In light of these findings, we recommend that multivitamins be considered for all pregnant women in developing countries, regardless of their HIV status,” Fawzi said in a statement.

His team previously found supplements saved the lives of babies of HIV-infected women.